Since our founding, InterAct Ministries has been committed to sharing the gospel with the least-reached people of the North Pacific Crescent. Our mission to make reproducing disciples continues to endure. Your end-of-year donation will bring the hope of Jesus Christ to communities across Alaska, western Canada and Siberia for another seventy years.

Celebrating God’s faithfulness is always appropriate! InterAct’s 70th year has provided an opportunity to reflect and celebrate what He has done. God has allowed us to be a part of His heart by pointing desperately needy and broken people, like ourselves, to Him. From the beginning, this ministry has been a team endeavor in which you have played a vital role.

InterAct’s mandate has not changed over the decades. We long to see multiplying disciples of Jesus Christ among indigenous, immigrant and unreached people. Long after we are gone, these mature disciples will be proclaiming the Good News to those without hope.

Over the past twelve months, the stories we shared were a glimpse of what God has done in our slice of missionary outreach. Will you consider a gift of $70, a dollar for each year of ministry, as we conclude this year of delighting in the faithfulness of God? Your gift will make an eternal difference!

Blessings and thanks for your partnership, 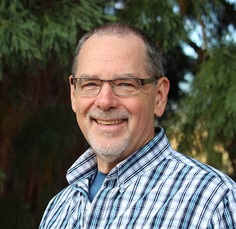 Please select your primary country of residence to give online or you can give by mail.

God has been faithful to us over the years. Here are some of the key moments God used to bring His message to the North Pacific Crescent.

The InterACTION is a quarterly publication of InterAct Ministries that highlights news and stories of what God is doing among the least-reached peoples across the North Pacific Crescent.
In 2021, we featured key stories that tell the journey of InterAct and how God has transformed lives.

Our story begins in Alaska in 1951 when sixteen independent missionaries came together to form what would become InterAct Ministries and soon began to coordinate their disciple-making efforts among indigenous peoples. By the grace of God, the ministry has now grown to two continents and three countries. Many followed the Lord's leading to reach the least-reached with the hope of Jesus Christ, and now a new generation is stepping up. Below are a few stories of how people answered the call and God continues His work. 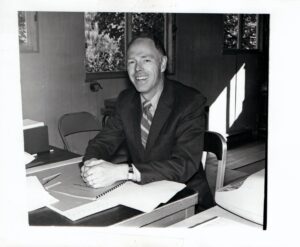 The air was cool, but skies were sunny on that Alaskan June day of 1959 when Wally and Alice Bays arrived at Victory Bible Camp with their three-week-old baby girl Cheri. Their mission was to start a high school in Alaska for Native young people. There was a great need in Alaska for educators since the state still did not have public schools in the villages. Soon after arriving, the staff introduced the Bays to the rough, unfinished house that would become their home and a vacant building that would become the school. This was the beginning of Victory High School and the Bay’s journey with Arctic Missions (now InterAct Ministries).

Only four students came that first year, 1959 -1960. One of them was Clara Shangin from Perryville, on the Alaska Peninsula (an Aleut village). In the November 12, 1960 edition of the Victory Torch (VHS school newsletter), Clara wrote an editorial that showed her devotion to growing in Jesus.

“This is my second year at Victory High School. I came here because I wanted to learn more about Christ. I have found real peace. You can have it, too…To know Christ is my goal, and it is wonderful to know that I am a child of God. If your goal is Christ, you can find real happiness and security.”
As fitting with the mission of InterAct Ministries, discipleship was at the core of Victory High School. Wally and Alice encouraged each student individually in their walk with the Lord. In the April 1960 edition of Arctic Mission News, Wally wrote about the life change he saw in Clara and her heart to share the gospel.

“The other night in (the) prayer meeting, Clara prayed that students from our school would go back to their villages and tell others of Christ. Then she prayed that she might go back to her village (to share the gospel).”

In 1974 the Bays moved to Canada to serve at the Native Institute of Canada. Later Wally and Alice went on to other ministries with InterAct, including church planting, education and training until the Lord took Alice home in 1995. Wally continued his work in Canada for three more years until leadership proposed a change.

Wally continued to minister to former students of Victory High School and the Bible training schools. He stayed connected through alumni newsletters, phone calls, emails and personal visits where possible. Like the apostle Paul’s love for those he led to Christ, Wally encouraged the Native believers to stay strong in their faith and was a lifeline to many. When asked, “Was it worth it all?” Wally responded with a resounding, “Yes!”

A Twenty Year Journey Back to Russia 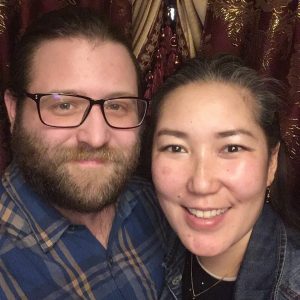 “If nothing else works, I’ll just be a missionary,” Frankie thought during his senior year of high school. After living in America for a few years, he felt conflicted about the direction of God’s calling on his life. He could either get a job or follow in his parents’ footsteps and live as an overseas missionary. But through prayer and discernment, Frankie came to realize that being a missionary wasn’t simply the last resort–it was in his heart!

Frankie Emrick spent most of his childhood in Russia as a missionary kid. His family moved to Russia when he was six. He grew up in the Sakha Republic in central Siberia. Besides his family being the only Americans in their village, Frankie had a pretty typical childhood. He spent his time with his friends, attending school and playing sports. He quickly learned the Russian language, and the village of Moksogollokh became his home.
Sadly, when Frankie was fifteen, several circumstances led his family to move back to the United States. “It was my Dad’s idea to move to Russia, so he struggled to leave, feeling like he wasn’t done.” Frankie remembers. The Emricks returned to the U.S. still burdened because dozens of indigenous people groups needed to hear the gospel and be discipled.

By the time Frankie entered college, a love and burden for indigenous peoples grew in his heart. The Lord led him to pursue a missions degree. After completing his studies, he connected with InterAct Ministries since it is one of a few mission organizations that emphasized reaching Siberian people groups. After several years of prayer and seeking the Lord’s direction, Frankie’s path directed him back to Russia, the country that captured his heart.

Frankie is now living in Krasnoyarsk, a city of about one million people in central Siberia. “The first two or three days when I was back, there was a split in my soul–half of it felt like I had never left and half felt like I couldn’t believe it, and it wasn’t real.” He is thrilled to be back, especially when he thinks back on the circumstances under which his family had moved back to the United States. His father knew they had not finished their work when they left, but God has now sent Frankie back to continue reaching the least-reached with the hope of Jesus Christ. 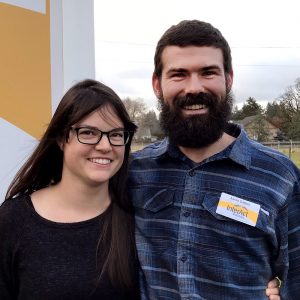 Early InterAct missionaries Gale and Jean Van Diest began their ministry journey in 1954 (with Arctic Missions), serving Alaska Native people in the remote fishing village of Grayling on the banks of the Yukon River. They built relationships with the people sharing the ruggedness of life and developed a love for those they served.

In 2020, fifty-four years after the Van Diest’s left Grayling, their granddaughter Tisha and her husband Aaron Dalton loaded a barge with a year’s worth of supplies and boarded an airplane to begin their journey in Grayling. Tisha grew up in Alaska and had often heard stories of Grayling from her grandparents and her father Marty, who lived there until he was a teenager. The Lord used these stories from her family to influence her to consider village ministry. God soon led them as a couple to InterAct and confirmed Grayling as their destination.

Villagers had fond memories of the Van Diest family and welcomed the Daltons with a God-ordained element of openness, which has helped them build relationships and trust. The Daltons even reside in the same house that Tisha’s grandparents and father lived in years ago. Village children and families are comfortable playing and visiting in the home, which provides opportunities to be the hands and feet of Christ.

Ministry in Grayling has not changed much over the years. Participation in community life, whether hunting, fishing, gathering berries or walking alongside those who’ve lost a loved one is still a part of the work. Through difficulty, acceptance moves to respect and opens doors for the gospel to be shared.

The Daltons recently recounted some of the hardships they have encountered in the last year.

“It has been a hard, rough and sad summer. We just finished walking through three funerals back to back. While we know death is a part of life, we hope the village will get a break from them so people can grieve and recover.” Tisha said.

Then Aaron shared. “During the third day of preparations for a recent funeral, I was able to help the men build the coffin and grave covering. It was a unique opportunity to do life shoulder to shoulder with the people. Over the next couple of hours of shoveling, talking, measuring, sharing food and even joking, we got the job done before heading back down the hill to prepare for the ceremonies that evening.”

Two generations later, ministry in the Alaska bush is still about living life side by side with those you serve. Much like Gale and Jean, the Daltons find it challenging and joyful to develop relationships and share the gospel with their new community. They look forward to many more years of ministry in Grayling with a vision to make disciples and develop leaders in the local church.